Angelyn shares how she and Austin have come to adoption...

Austin and I had a conversation about adopting children before we even talked about getting married. Neither of us grew up knowing very many people who had been adopted and nobody in our family had adopted. During that conversation, we figure God just stirred our hearts in the same direction. Both of us were raised in Christian homes and Jesus was present throughout our childhoods. We were active in our churches, attended church camps, and served on mission trips. We are beyond grateful for the way we were raised because it set the example for how we wanted to raise our family. My college experience at Dallas Baptist University began to introduce me to adoptees and the different ways to adopt through friends and working in the admissions office at DBU. I volunteered for a small private school out of Dallas once a week during my junior year. They met for P.E. at the local YMCA and my job was to provide a workout for their pregnant student. She was 13 at the time and we had many conversations on her thoughts of putting her child up for adoption or raising him on her own. I saw and heard her fears of both options. I didn’t have any personal experience with either dilemma she was facing, so I prayed with her and encouraged her to seek what God would have her do. My experience with her was only one of many that God began using to grow that passion within me.

Our hearts were being softened and prepared for what we feel God has now called us to do.

Life continued on for us as we got married in 2009, and Austin finished out his time in the military 2010. We then moved to Austin, TX, and after a while began discussions on starting a family. Our church there held a parenting/marriage conference that we attended and heard several testimonies of adoption and again we knew that God was speaking. God graciously allowed us to become biological parents to three boys during the first ten years of our marriage. But having children of our own never slowed down the longing to answer God’s call to adopt. After each boy, we always talked about pulling the trigger on adoption, but we never felt that the timing was right. There was always something in the way. Our eagerness to adopt was there, but life circumstances fully prevented us from doing so and we knew God wanted us to wait. After my husband finished his degree at UT Austin, he took a job in Houston. My parents had moved there a few years prior and were already established at a church. Austin and I decided to shop around for a church that would fit our needs and give us some space from my parents. God slammed every door shut until we realized that our focus was incorrect in searching for a place of worship that suited our needs. God wanted us somewhere he could use us rather than us use the church. That is how we found ourselves at my parents’ church, Jersey Village Baptist Church (now Champion Forest Baptist Church – Jersey Village). God then proceeded to surround us with adoption stories from every angle. Our pastor and his wife completed fostering to adopt their little girl while another family got the call from CPS that they had located their adopted son’s siblings. They willingly took his three little sisters and they became a family of 9 overnight. Austin and I both worked in kid’s ministry so we got to know the family of 12 adopted special needs children who also attended our church. Our hearts were being softened and prepared for what we feel God has now called us to do.

Our third child was about 1 ½ when we really started researching what kind of an adoption we wanted to pursue. We prayed about different courses and researched different kinds of adoptions. Many of our friends are fostering and have fostered to adopt as well as international adoption. Private infant adoption was our last choice. I had these lingering guilty thoughts on domestic infant adoption because we already were blessed with biological children. I was under the false impression that only couples who struggled with infertility could adopt this way and we would be wrong to throw ourselves into the hat. Thankfully, God sent a friend of a friend who had adopted through New Life Adoptions who spoke peace to me about my feelings. She then introduced us to the concept of an open adoption. Austin and I weren’t immediately on board with the idea of an open adoption, but we quickly came to realize that God wanted us to be on the same page as him. Peace began to flood our hearts as we began the process with New Life. We read books on the concept of open adoption and how statistics are showing positive outcomes for all parties involved. Austin and I began to realize the ministry in our calling. We knew the timing was right after a visit with my doctor. She confirmed that there was too much risk involved in with us having another biological child. God had shown us an open door while closing another.

Austin and I began to realize the ministry in our calling.

Our three boys are all on board with adopting a sibling. There are mixed requests for a little brother verses a little sister. Asher, our middle son, has asked when we will “go to the adoption place and pick our adoption.” It has been a joy explaining the Biblical view of adoption to our kids. They have been raised around adoptive families their entire lives, so the concept is only new to them in the sense that we are taking that step as a family.

There are three sets of grandparents and two great grandparents for our boys. Austin and I have spoken with all of them about our choice to adopt, and we have had some great Biblical adoption conversations with them! They are all excited to welcome another grandchild and our hearts are overflowing with the love they have shown us through this process. Austin’s job as a design engineer gives him an excellent work schedule so that he is able to spend a lot of time at home with us. To our delight, 2020 had him working from home the entire year. I recently handed my small business over to my father so I can focus my attentions on homeschooling two of our three boys. We realize God has graced us with the ability to live the way that we do, especially in these trying times. Traveling, camping, and fun quick trips are sometimes further in between, but that is by choice in an attempt to be good stewards of what we’ve been given/earned.

Our financial preparation for adoption has been slow and a long time coming. Over the past six years we have really worked towards becoming debt free. Having children in the midst of that slowed the process down a bit, but in 2018 we decided to sell our home and move into a tiny apartment in my parent’s back yard for an entire year. We threw everything at debt during that year and successfully became debt free while the grandparents very much enjoyed grandsons everywhere. We were able to not only pay off debt, but build savings and buy a new home with adoption in mind. God has graciously given us the means to stay debt free for the time being and be very cautious with our monthly budget. As a single income family, we understand the financial burden of seeking an adoption at this stage in life. New Life Adoption has laid out the finances pretty well, but we know that there will always be other expenses. For our single domestic infant adoption, we are looking at somewhere between $24k-$36k. We know that God is faithful in his timing and his provision, whether that be through grants, fundraising or some other financial option to cover the adoption costs. Austin and I are so grateful for your consideration of us for your adoption assistance program and the time you have taken to review our application. We are excited to raise another child in our home and grateful for the chance to minister to his/her birth family as well. 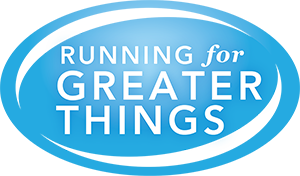